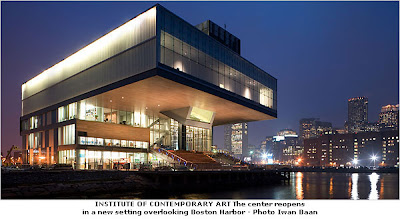 Greenbuild 2008, underway in Boston this week, marks the 15th year of the U.S. Green Building Council, one of the world's fastest growing non-profit organizations. As Archbishop Desmond Tutu was giving the keynote address this morning, I could not help but reflect on the amazing history of this organization.

In 1993, USGBC founders David Gottfried, a developer, and Rick Fedrizzi, then with Carrier Corporation, presented their idea for a non-profit industry organization to promote green buildings to the American Institute of Architects Committee on the Environment (COTE) National Steering Committee. COTE was founded by the likes of Bob Berkebile, Greg Franta, and Bill McDonough with help from non-architects Amory Lovins and Bill Browning from the Rocky Mountain Institute, among many other pioneers. Due to several twists of fate, I was then the first student member of that committee.

I recall thinking that Gottfried and Fedrizzi had a good idea, but it was a risky proposition. How would they prevent it from becoming overun by self-serving corporate interests? Would Dow Chemical really be interested in sustainability or would they just use the organization as a cover. How would they define green building and how would they make sure the definition was applied fairly so as to prevent greenwashing (which was not yet in the lexicon)?

It was clear, however, that these two were sincere and that they had an understanding of the underlying issues of sustainability. AIA COTE continued on track to produce the science-based Environmental Resource Guide and began to delve into the complex world of life cycle analysis of building products while conducting seminal demonstration projects like the Greening of the White House. But many members of AIA COTE also became increasing intrigued by the USGBC's burgeoning efforts to engage a broader coalition into the green building movement and several AIA COTE founders later became active USGBC board members and advisors. The founding COTE board will be honored tomorrow night with a USGBC award for organizational leadership at the dazzling new Institute of Contemporary Art.

The first USGBC meeting I recall had less than 100 people present. By the time they got around to their first Greenbuild International Conference and Exposition in Austin in 2002, the numbers had climbed to almost 4000. Today, we had 10,000 at breakfast listening to Archbishop Desmond Tutu who stated, "there's enough in this world to satisfy everyone's need, but not enough for everyone's greed." The final tally may exceed 30,000, in spite of a dismal economy that canceled many travel plans.

You can catch many of the keynote and master speaker addresses from Greenbuild live and free on Greenbuild365. You won't want to miss the unveiling of LEED 2009 tomorrow!
Posted by William M. Brown, AIA, LEED AP

Congratulations on your recognition at the conference, you are definitely a great resource for the green design community in Indiana. Your weblog is one of the best, too.