Some experts, including AAA and the US Department of Energy, warn of a potential summer rerun of July 2008 gas prices, when the national average reached $4.11 per gallon. Remember outraged citizens demanding suspension of gas taxes, prosecution of oil companies, and the call to “drill here, drill now?” SUV sales plummeted along with the stock value of their manufacturers. Toyota Priuses were snapped up with long waiting lists, while Hummers became white elephants and eventually were discontinued. Rural housing demand dropped as shorter commutes became popular.

Many have apparently already forgotten 2008. The Washington Post reported that sales of mid-size sport utility vehicles jumped 41 percent in the first 11 months of 2010, led by vehicles like the Jeep Grand Cherokee, which average about 18 miles per gallon.

A number of signs indicate, however, that the days of cheap gasoline may be over. In 2010, Chinese auto sales rose nearly 50% to 13.6 million vehicles and China became the world's biggest auto market by units sold and the second largest importer of oil, behind us. The 2010 IEA World Energy Outlook noted that global conventional oil production peaked in 2006. Generally speaking, when demand exceeds supply, prices trend upward.

Consider these ten actions you can take now to reduce your risks of higher fuel costs while also reducing environmental impact, improving your quality of life, and enhancing national energy security: 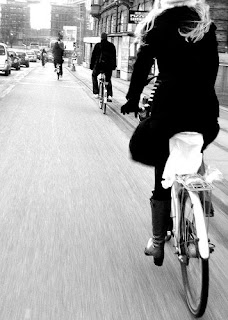 Learn to thrive within your means, while others curse forces they deem beyond their control.
Posted by William M. Brown, AIA, LEED AP No comments: